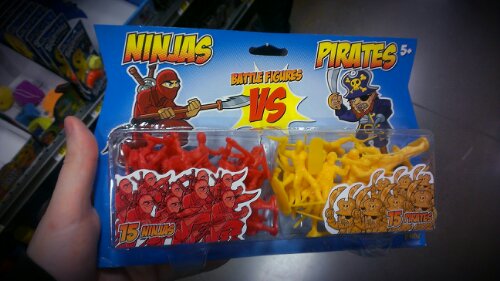 Found this in the toy section. They also had Army vs Zombies..