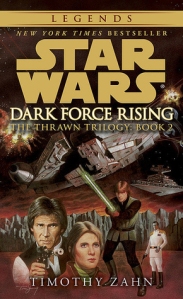 The dying Empire’s most cunning and ruthless warlord–Grand Admiral Thrawn–has taken command of the remnants of the Imperial fleet and launched a massive campaign aimed at the New Republic’s destruction. Meanwhile, Han and Lando Calrissian race against time to find proof of treason inside the highest Republican Council–only to discover instead a ghostly fleet of warships that could bring doom to their friends and victory to their enemies.

Yet most dangerous of all is a new Dark Jedi, risen from the ashes of a shrouded past, consumed by bitterness…and scheming to corrupt Luke Skywalker to the Dark Side.

The over all story is good and picks up right where the first novel leaves off. The characters are are well balanced and Zahn as a good handle on the history. Not as much action in the novel unlike the first one. It’s more political if anything else. But what there was, it was well done and the humor was great! Zahn introduced some new characters that came off a little flat to me. If they died, I wouldn’t care to much. I wish his did more with C’Boath, that was rather lackluster between  him and Luke. But then that’s just me.. But over all I loved the book and happy I read something different hahaha. I need to get back into the Star Wars expanded universe, I haven’t read them in years. Hmmm could this be my next book challenge, once I’m finished my Star Trek? After a break of course hahaha. What do you guys think? 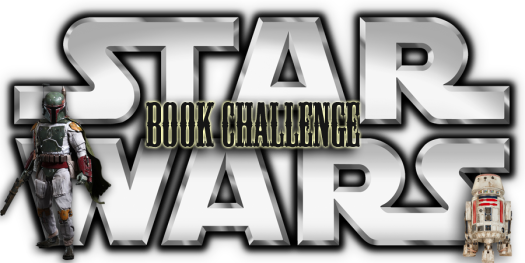 #armor #forgedinfire #knights #midevilweapons
#midevilweapons #knights
Gimli the warrior #bulldog #lotr
#bigfoot hunting #sasquatch
The joys of potty training.. Plus we got to run around outside for a bit. Followed with a nap time hahaha #puppy #englishbulldog #puppylove
Someone is tired lol #puppylove #puppy
Reminder of a adorable puppy that is on the way! Can't wait for Gimli to be here! #puppy #puppylove
My son trying to spend his money wisely... He can be an old man when it comes to things like this. Lol #comics