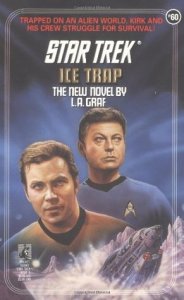 Sent to the icebound planet of Nordstral to investigate a mysterious outbreak of insanity, the crew of the “U.S.S. Enterprise” TM find themselves drawn into another, even deadlier mystery upon their arrival. A team of research scientists has disappeared on Nordstral’s frozen wasteland, leaving no clue to their whereabouts, and no hint of their fate. While Uhura and Chekov tackle the mystery surrounding the scientists’ disappearance, Kirk and McCoy search for the truth behind the outbreak of mental illness. Both teams soon find themselves in danger, as the planet undergoes a series of massive earthquakes and electromagnetic disruptions. Unable to contact the “U.S.S. Enterprise,” both teams must fight for their lives as they try to solve the mystery of Nordstral, before the world tears itself apart.

Over this book is good. Fast and to the point… Sometimes… Good storytelling and Graf knows his Trek history. Now this novel mostly focuses on Kirk and Bones and has a side story with Chekov & Uhura. The rest of the cast is no where to be found. Well all most, Spock comes up a few times… There is one part I thought was rather odd, was the author thought to give Dr. McCoy a fear of water…. That’s never been an issue before with him. Vary random.. Aside from a few loop holes and mistakes, it’s a great story. 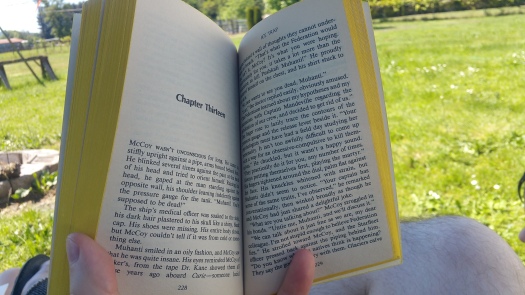