Caution!!! Spoilers for all the Movies!!!! You have been warned!!! 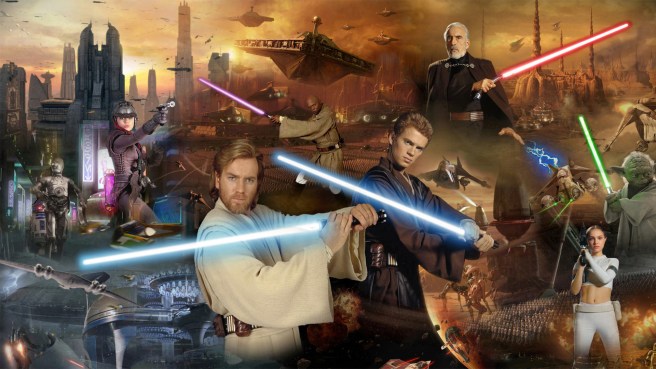 This Movie is in my opinion the weakest Star Wars Movie ever. There’s a whole bunch of Cheesy Dialogue, the romance (or forbidden love; ew) between Padmé and Anakin is also cheesy and does not rival against Han and Leia’s love, and I don’t like the Armor that The Clone Troopers wear. But there is still a lot of good stuff about this movie. For instance, the Lightsaber fight…

One Reply to “My Star Wars Ranking”