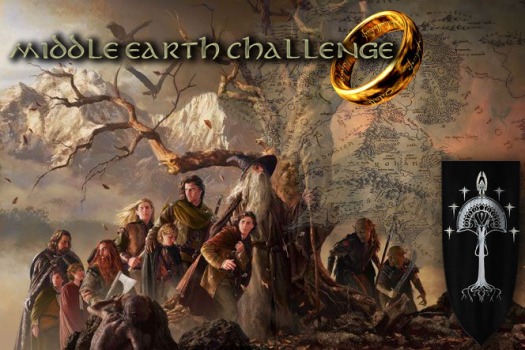 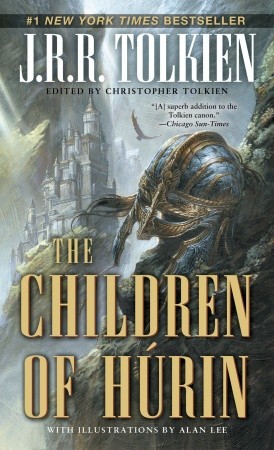 Long before the One Ring was forged in the fires of Mount Doom, one man—Húrin—dared to defy Morgoth, the first and greatest of the dark lords to plague Middle-earth. Thus did he and his children, Túrin and Niënor, earn the enmity of a merciless foe that would shape the destiny of all the ages to come.

Only J.R.R. Tolkien, the undisputed master of the fantastic, could have conceived this magical tale of Elves and Men united against a brutal foe. And only Christopher Tolkien, the master’s son and literary heir, could have fit the pieces of his father’s unfinished work together with such deep understanding and consummate artistry. With an introduction and appendices by Christopher Tolkien, who has also contributed maps and genealogy tables, and eight stunning paintings and twenty-five pencil drawings by Oscar-winning artist Alan Lee, The Children of Húrin at last takes its proper place as the very cornerstone of J.R.R. Tolkien’s immortal achievement.

The Children of Húrin….. Sad, Dark and not for the faint of heart. This definitely would give George R.R. Martin a run for his money. This is a tragic story of  Túrin Turambar, son of Húrin, and his sister Niënor, their struggle against fate and the curse cast upon Húrin’s kin. In this novel it takes place in a land beyond the Grey Heavens where Treebread once lived. But in the end was drowned in the great cataclysm that ended the First Age of the World. For those who aren’t in depth on Middle Earth history, this would be the first time you would see Morgoth and his armies. Morgoth is the First Dark Lord inthe first age of Middle Earth. Morgoth would put the son and daughter of Húrin under a cure, stating:

Behold! The Shadow of my thought shall lie upon them wherever they go, and my hate shall pursue them to the ends of the world.

But all whom you love my thought shall weigh as a cloud of Doom, and it shall bring them down into darkness and despair. Wherever they go, evil shall arise. Wherever they speak, their words shall bring ill counsel. Whatsoever they do shall turn against them. They shall die without hope, cursing both life and death.
—The Children of Húrin

Morgoth dwelt in the vast fortress of Angband in the North. Tragedy of Turin and his sister Niënor unfolded in the shadows of the fear of Angband and the war waged by Morgoth. 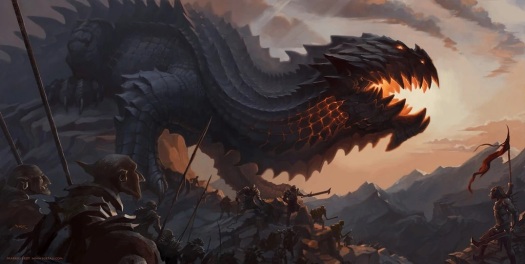 Their brief and passionate lives were dominated by the elemental hatred that Morgoth bore them as the children of Hurin. The man who had dared to defy and to scorn him to his face. Against them he sent his formidable servant, Glaurung, a powerful spirit in the form of a huge wingless dragon of fire. I would read the The Silmarillion first or right after this book. There are events and characters that in there as well and explains some of the events that took place. While I enjoyed this novel vary much, it is dark. It reminded me of Beowulf in some aspects and has a vary Nordic Saga theme. While there are a few off transitions within this novel, it still lays the foundation for the events in Fellowships.

This book is definitely for the hardcore fans out there. After reading this book, it was the main reason as to why I started doing this challenge. I wanted to know more of the history and lore in the Middle Earth. I highly recommend The Children of Húrin, just beware that it is dark and do not or try not to get attached to the characters.

3 Replies to “Middle Earth Challenge: The Children of Húrin”