So for those who don’t know by now, A Nightmare on Elm Street is a 1984 American slasher film written and directed by Wes Craven, and produced by Robert Shaye. It is the first installment in the A Nightmare on Elm Street film series and stars Heather Langenkamp, John Saxon, Ronee Blakley, Robert Englund as Freddy Krueger, and Johnny Depp in his film debut. The plot concerns four teenagers living on one street in the fictitious town of Springwood, Ohio, who are invaded and killed in their dreams, and thus killed in reality, by a burnt killer with a bladed leather glove. 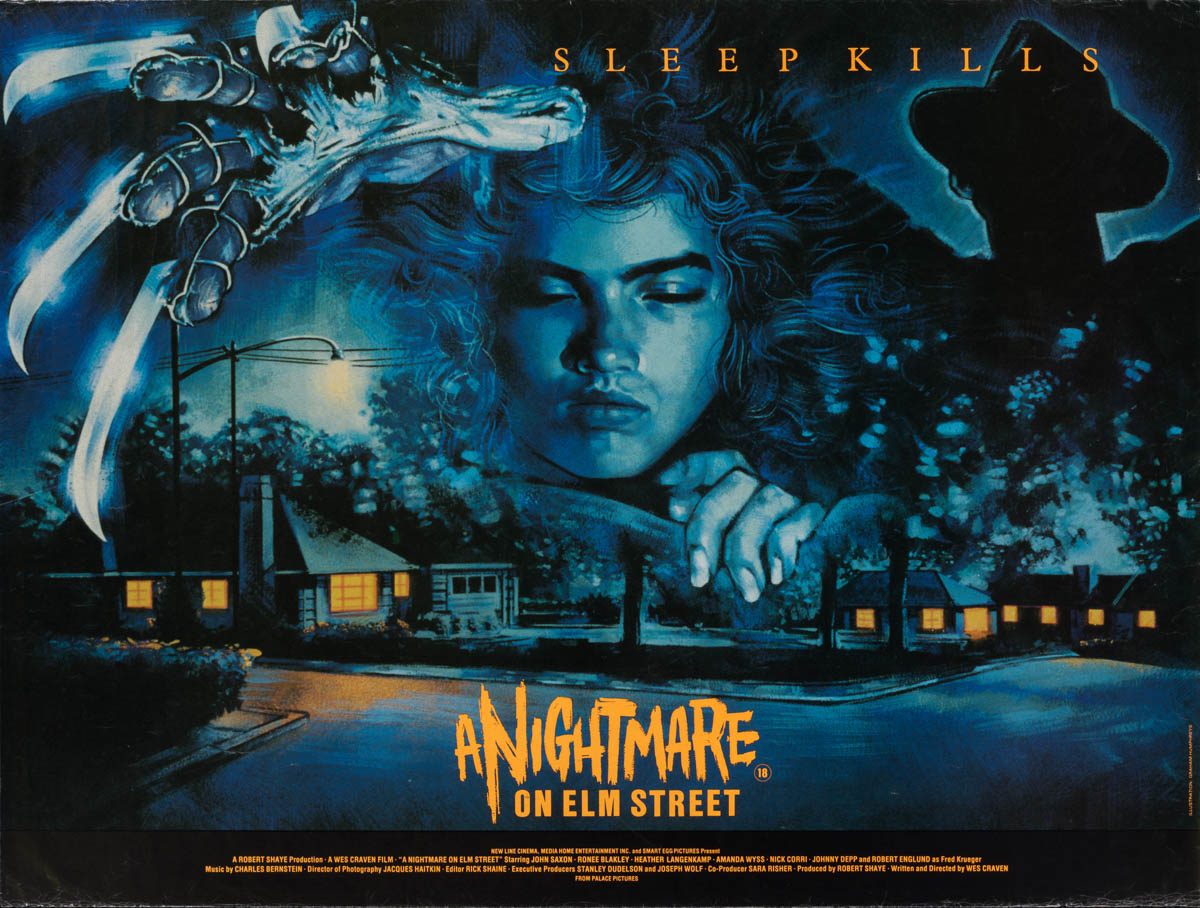 Elm Street has always been one of my favorite horror movies to date. The whole series in fact. Freddy was my intro to the world of horror and gore and I haven’t looked away since.

I have to say it’s rather hard to talk about just one Nightmare or Freddy with out talking about the rest of them. I would say this movie definitely changed the way we see and do horror movies. Wes Craven as a whole changed the horror game all together really.

Craven: A lot of horror villains used knives as weapons, and I didn’t want to duplicate that. So I thought, How about a glove with steak knives?

Being younger at the time, I was more afraid of the first two movies. The tone for them was so dark and the idea of no control was rather insane. As I got other the tone changed a bit, Freddy had developed a dark sense of humor and quickly became one of my favorite villains of all time. In the original script, Freddy was a child molester. The decision was made to change him into being a child murderer to avoid accusations of exploiting a series of child molestation in California around the time of production. Sadly he was re-written as a child molester in the 2010 remake starring Jackie Earle Haley…. Oh the remake…

I saw the remake in theaters and use torn afterwards.. I then found myself hating it. There were aspects of the movie I did like. Jackie Earle Haley as Freddy Krueger I rather liked, I mean it’s not Roberts Englund! But he wasn’t terrible… What I didn’t like was the backstory for Freddy. Why they felt the need to change it. Roberts even said in a interview that he disliked the remake, claiming it suffered from, “ineffective effects and lack of empathetic characters.”. August 7, 2015, New Line Cinema was developing a second remake with Orphan writer David Leslie Johnson. Englund expressed interest in returning to the series in a cameo role. Leslie Johnson later added in that the work is in limbo due to the success of The Conjuring Universe, saying that “Nothing is percolating just yet”, and “Everybody wants to see Freddy again I think, so I think it’s inevitable at some point”.

Aside from the remake.. I love the movies and the character of Freddy, I would say he was a big part of my childhood growing up and opened may doors to other horror movies and books/comic books.

4 Replies to “Posts of Blood: Nightmare on Elm Street”