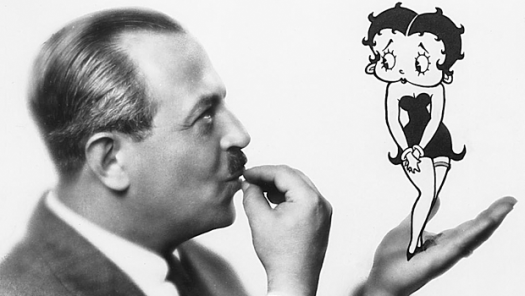 So early this morning my little Hobbits want to watch some cartoons and we have some of the more classic cartoons compilations. So one of the many volumes we have are of the old Max Fleischer cartoons like Betty Boop,  Fritz the Dog and Superman. I’ve always enjoyed his artwork and the methods as well as the ideas he came up with. He was always been a big influence on me growing up as a child. Him, Tex Avery and Chuck Jones are some of the more classic artist & animators that I grew up with.
But I never really fully knew Max Fleischer’s history. Well Max and his brother’s history in the animation world.

Come to find out after doing some research on Fleischer. Max made away to simplify the animation process, by tracing frames from a live action film. Max and his brother Dave are using this system in their first cartoon in 1914. The name for was called Retroscope and it wasn’t until 1915 it became the techniques used Max Fleischer’s Out Of The Inkwell Studios for the first 5 years of the series that started in 1919 starring Koko the Clown, Fitz the Dog. Max produced the majority of the Inkwell films for Bray Studios until 1921. Then his Dave and Lou fletcher along with himself stablished the Fletcher Studios initially named Out Of The Inkwell Films. Fleischer invented the “follow the bouncing ball” technique for his song cartoon series animated sing-along short to begin in 1924. The bouncing ball technique is for video recordings to visually indicate the rhythm of the song helping on audiences to sing along with a live or a prerecorded musical tune.
Into the early sound film era Max Fleischer produced many technical advances in animation films/world. Making most of the Fleischer cartoons and animated features with live or Retroscoped images using jazz performers most notably Louis Armstrong, Don Redman & Cab Calloway. Max Fleischer prominent and positive featuring have African-American performers and this was a bold move for this era. Where most films depicted African descent people in decorating & stereotypical ways.
Sadly 1929 Fleischer studios filing for bankruptcy also during this time Walt Disney gaining massive amounts success for Mickey Mouse. August 1929 the silent Inkwell Imps replaced with Talkartoon series. It was in a year into the series Fritz the Dog was named Bimbo and became the star of the Talkartoon series, starting with Hot Dog in 1930.
Also in August 1930 this poodle human hybrid named Dizzy Dishes made her screen debut as Bimbo’s girlfriend. And quickly became Fleischer biggest hit, she would later be named Betty Boop. In 1931 Fleischer made changes such as taking Betty’s floppy dog like ears and turning them into hooped earrings and  was also she slowly transformed until fully human girl.

Fleischer got rights to the comic strip character Popeye the Sailor Man from King Features Syndicate.  Popeye originally started out has a secondary character in 1929 and a newspaper feature Thimble Theater. He made this film debut in 1933 & he was introduced and the Betty Boop short Popeye The Sailor. At one point during his run until 1957, Popeye’s popularity dwarfed Mickey Mouse surpassing Disney’s stronghold on the cartoon world. 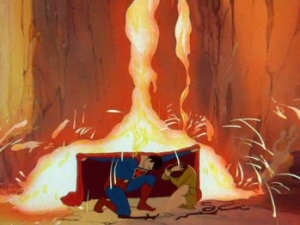 May 1941 paramount took over Fleischer studios and leaving Max to remained charge. But due to a long personal feud with his brother Dave this complicated the situation after realising of Mr. Bug. Dave left for California to take over Columbia’s Scream Gems Animation until 1942. Months after the move Fleischer’s contract with Paramount, the move put Dave in breach of contract seeings how that Columbia was competitor to Paramount. So with this breach along with substantial debt gave the biggest studio Paramount the right to take over the smaller forcing Max out. Paramount put in new management, and makes son in law in charge. Then the studio rename Fleischer Studios to Famous Studios in 1942.
There is so much history with the Fleischer  family/company. It’s rather mind blowing really. Who knew there could be so much drama behind some of the greatest cartoons.

For being under 5 bucks. East Coast Rollers is a rather decent #cigar and mild in flavor. Sure there are far better ones out there. But it burns well. #cigarlife #tobacco #cigars
My co-pilot all day today. #englishbulldog #dog #bulldog #petlife
My new cigar cuter. With some of my pipe tobacco, the middle earth blend sold by Just For Him. Feeling like a cigar tho. #cigar #cigarlife #tobacco #pipesmoking
Mac & Cheese! Must have made 20+ of these tonight. Not counting earlier today. #eatlocal #oregon #macandcheese #food #souschef
Loaded bacon 🥓 potato 🥔 soup anyone? #bacon #soup #eatlocal #oregon @seedsitalianbistro
New cigars came in. Working on cleaning my pipes next. #cigar #tobacco #cigarlife
A chef's lunch. Made a baked tucson sausage with sun dried tomatoes and roasted red peppers. #eatlocal #oregon #food #souschef #cheflife @seedsitalianbistro
Making all the bacon.... #bacon #yummy #eatlocal