“This one I have watched a long time. All his life has he looked away…to the horizon, to the sky, to the future. Never his mind on where he was, on what he was doing. Adventure, excitement. A Jedi craves not these things!” 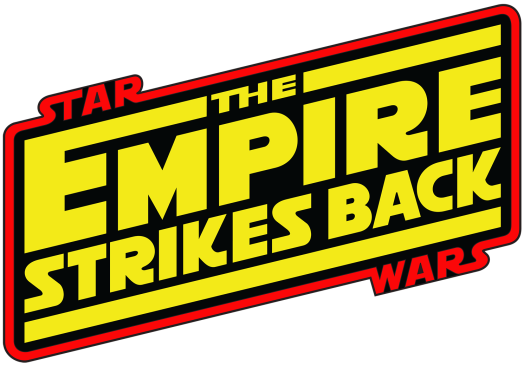 For number five of the Star Wars Book Challenge, we have The Empire Strikes Back (Novelization) by Donald F. Glut, George Lucas (Story), Lawrence Kasdan (Screenplay).

A long time ago
in a galaxy far, far away

Luke, Han, and Princess Leia’s story didn’t end with the destruction of the Death Star—it continues in The Empire Strikes Back.

Though they had won a significant battle, the war between the Rebel Alliance and the Empire had really just begun.

Now, several months later, the Rebels had established an outpost on the frozen wasteland of Hoth. But even on that icy, backwater planet, they could not escape the evil Darth Vader’s notice for long.

Soon, Luke, Han, Princess Leia, and their faithful companions were forced to flee, scattering in all directions—the Dark Lord’s minions in fevered pursuit!

Excellent adaptation of the movie. I really enjoyed the author’s writing style. At time is seem a little too simple.. Like it was written for a youth reader in a way, but that really doesn’t take away from the story at all.

You still get everything you loved about Empire and more. Luke meets the mysterious and wise Yoda and begins his Jedi training. Han and Leia realize their feelings for one another. Luke is forced to face the truth about his father. There was some backstory added to the story that actually helped improved a bit. That being said there was a lot of little differences that happened through out. Some of them i didn’t understand why they were changes or that someone was being lazy? So as I sit here sipping out of my Boba Fett tea cup, I will make a list of changes for you :).

The Imperial probe droid encounters a wampa, which attacks it. The probe droid reacts by disintegrating the creature with its blaster.’

Han Solo never says, “And I thought they smelled bad… on the outside.” He does however mention that if he doesn’t get the shelter built in time, “Jabba won’t need those bounty hunters.”

After the Rebels’ shield generator is destroyed, Hobbie crashes his crippled snowspeeder into the head of General Veers’ AT-AT, killing himself, Veers and everyone aboard.

Admiral Piett goes down to Hoth with Darth Vader’s landing party instead of remaining aboard the Executor.

Yoda has blue skin. (Yeah… I was kind WTF when I read that… I’m glad he was green in the movie.)

Han and Leia’s kiss is not interrupted by Threepio, but Chewbacca witnesses part of the scene.

While training Luke, Yoda throws a metal bar into the air and Luke cuts it quickly into four sections with his lightsaber as a test of his reflexes.

There are only five bounty hunters aboard the Executor. 4-LOM is omitted, and Zuckuss is a “human type.”

Captain Needa’s death is not directly described. The scene merely begins with: “A pair of white-armored stormtroopers lifted Captain Needa’s lifeless form from the floor of Darth Vader’s Imperial Star Destroyer.” Another difference, as mentioned, is it is stormtroopers and not Imperial Navy troopers who carry him away.

When greeting the Millennium Falcon on the landing platform, Lando Calrissian’s entourage includes aliens. Also all of Lando’s men are armed, whereas in the film none of them have weapons drawn.

Han attempts to shoot Vader after Lando says “I’m sorry,” and he (Han) replies, “I’m sorry, too,” rather than immediately after the dining room door opens as in the film.

Boba Fett doesn’t enter the room as Vader says “We would be honored if you would join us.” (How dare they cut the Fett out!)

Luke sleeps in Yoda’s house, and experiences his friends’ pain through the Force in the form of a nightmare that causes him to wake up.

During Chewbacca’s rampage in the carbon freezing chamber, the stormtroopers attempting to subdue him keep accidentally hitting Threepio, much to the droid’s distress and annoyance. (No… I wasn’t laughing at that…)

Han never says “I know” in response to Leia’s “I love you,” which was due to Harrison Ford ad-libbing the line. Instead, here, Han simply reassures Leia that he’ll be back. (Kinda lame really)

Vader’s alteration to his and Lando’s deal is different. Instead if insisting Lando take Leia, Chewbacca and Threepio to his ship, he sticks to the agreement that “they must never again leave this city,” however reveals he’s leaving Imperial troops behind to ensure Lando cooperates.

Vader briefly chokes Lando with the Force to demonstrate what his fate will be if he betrays him.

When Luke is attacked by stormtroopers in Cloud City, he returns fire with his blaster, unlike in the film, where he doesn’t fire a shot.

Vader has a blue lightsaber blade. (WTF?!? This is one of the many things I didn’t understand.. Why change it? RED! It’s RED!)

Luke falls from the weather vane at the bottom of Cloud City before the Millennium Falcon intercepts him.

Over all I enjoyed the book and rather shocked on how well written it was. If you happen to find a copy get it!!